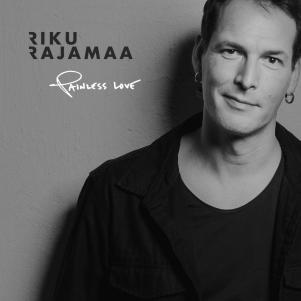 Painless Love is the kind of song that arises in the twilight zone between fiction and factual elements. Riku Rajamaa tells the story about missing something you can’t have in a modern transatlantic singer songwriter-fashion. – I tell stories in still frames that capture moments of life and feelings, but with harmonies, guitars and atmospheric soundscapes, Riku says.

Even though Painless Love is Rajamaa’s first release as a solo artist, he is far from new to the scene. Throughout his adult life Riku has been writing, producing and playing music with a variety of bands and artists.

The profound background in making music is an essential part of Riku Rajamaa’s creative process. Being able to play various instruments has been an important tool in his song-writing. It has made nuancing and trying out different artistic expressions possible, and contributed to a wide musical range.

– I view playing music as an extension of myself, and going solo is a new way of expressing another type of musical language, Riku says.

But even though Riku considers his multi-instrumentalism an asset, he’s still devoted to his first and greatest instrumental love – the guitar. It’s with the guitar where he’s the most comfortable and where his ideas go from vague melodies to becoming songs. Playing is a sort of lifestyle. – It’s fun, and it should be fun! That’s how I think of playing. It can also be comforting and serious of course, but it stems from joy above all, Riku says.

Looking forward Riku is more than excited to release his debut single, and hopefully also playing live once the pandemic is over. Until then he’ll keep on writing and releasing music. – I can’t keep these songs and the creative energy inside me anymore. They need to be let out, and I’m ready! Riku Rajamaa says.

"Painless Love" is now available on all streaming Platforms worldwide